Pink Floyd’s triumphant reunion at the Live 8 show in London’s Hyde Park in 2005 was not only a burying of old war hatches but also the return of David’s legendary Blak Strat.

The short 4-songs performance saw Pink Floyd give their best for the last time and David’s solos and tones has almost never been peformed with such authenticity to the original versions.

Note: It’s hard to tell just what the rack included. Judging from photage from the show it’s clear that it’s a scaled down version much like the On an Island live setup. The MXR Digital Delay and UniVibe was however used for the performace.

Additionally the board was designed not to allow two distortion pedals to be engaged at once, only distortion+overdrive. The board was later used for the 2006 On an Island recording sessions and 2010 guest appearances. 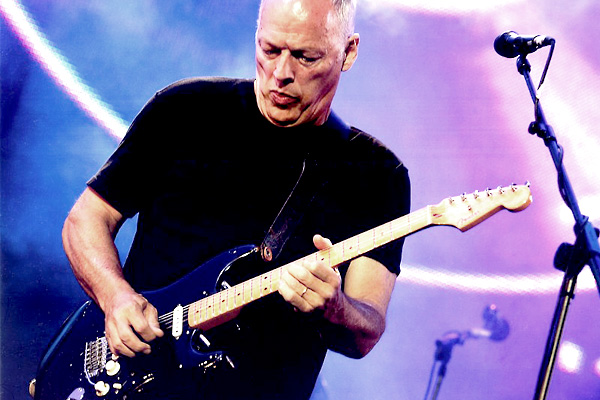 David with the Black Strat. This was the first time he used it on a stage since the 1984 About Face tour. 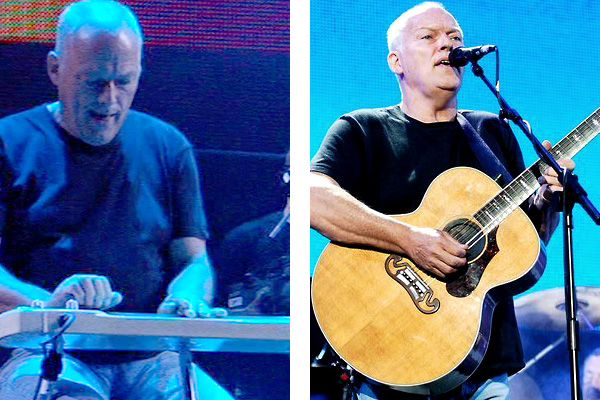 (left) David playing a blonde Fender lap steel. This one replaced the old blonde Jedson. It was actually the first time David performed the slide solo live. Earlier 1973-75 live versions featured a guitar solo played on the Black Strat and in 1994 Tim Renwick played slides on his Stratocaster. (right) David with the Gibson J-200 Celebrity while performning Wish You Were Here.

The Black Strat and Fender lap steel were strung with GHS Boomers (custom set 0.10-0.48) and the Gibson acoustic with Ernie Ball Lightwound strings. All guitars were hooked up with Evidence Audio instrument cables.