Up to this point, Pink Floyd had written and arranged the majority of their material while on tour. The Wall was the first complete studio project and David would experiment with a wide range of different guitars, sounds and mixing techniques.

The huge scale of the stage production required two setups – one main setup consisting of the Animals Pete Cornish board and amp rig and a smaller setup that was used during the second half of the show in front of the wall.

Note: The board dates from February 1979 and although it’s described as David’s studio board he might also have used single pedals during the sessions notably on early demo sessions. 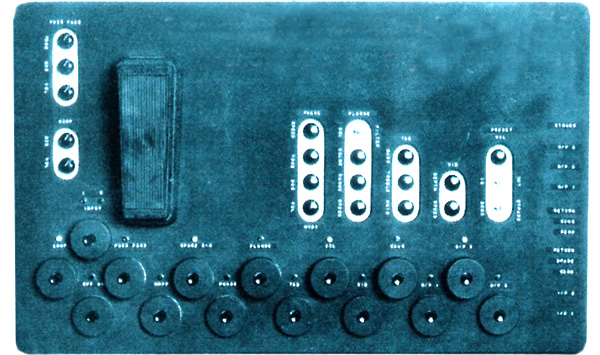 Note: This board was originally designed in early 1976 for the Animals recording sessions and tour and was also used on David’s first solo album in 1978. The board was used as David’s main stage board for the Wall tour. For a wider stereo effect the signal out of the board was split and fed through two Boss CE2 chorus pedals. 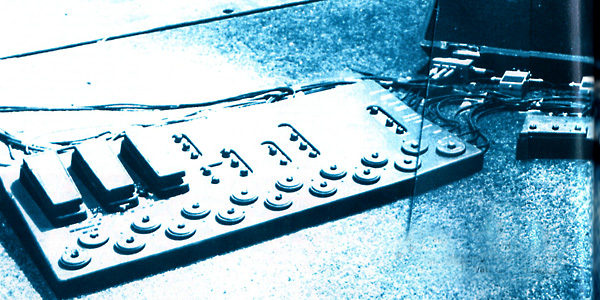 David’s main pedal board on the Wall tour was originally constructed for Animals recording sessions and tour in 1976. The board now featured a couple of updates including a Big Muff, Electric Mistress and Pete Cornish ST-2 overdrive. Notice the two Boss CE2 chorus pedals to the right of the board. These were used for the split signal out of the board creating a stereo effect. 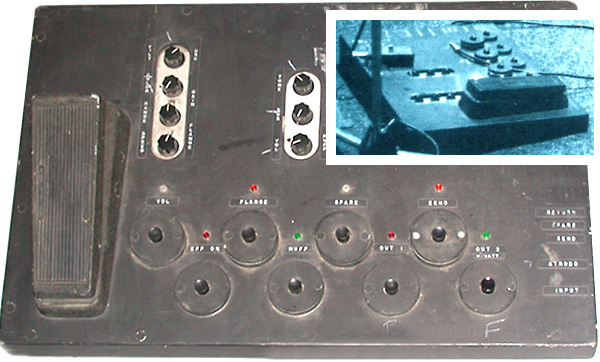 David, Snowy and Roger each had a mini board constructed by Pete Cornish that were used during the second half of the show when they performed outside the Wall. David’s board featured just a Big Muff, Electric Mistress, volume pedals and send/return for the delay. The inlay shows the board with a switcher pedal on top for the MXR Digital Delay.

David had three different pedal boards for The Wall. Pete Cornish made him a new board for the recording sessions and the mini board that were used while playing infront of the wall during the second part of the show.

David’s main board for the tour was an updated version of the Animals board.

All three boards had two inputs for each guitar and three outputs for each of the amps. The signal is fed into the board and divided into a Conn Strobo Tuner and a master bypass. The main signal is then fed through a filter that equalizes the input/output volume to avoid any signal loss and match all effects. 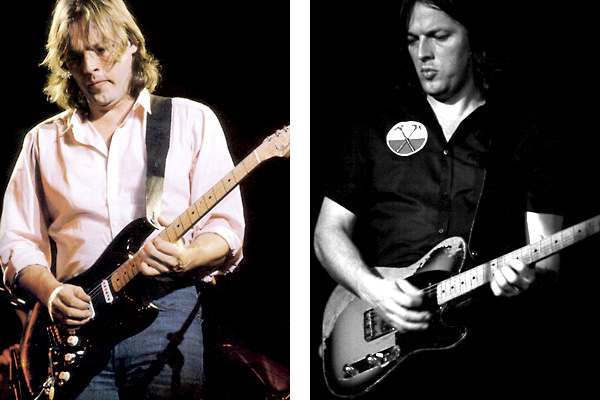 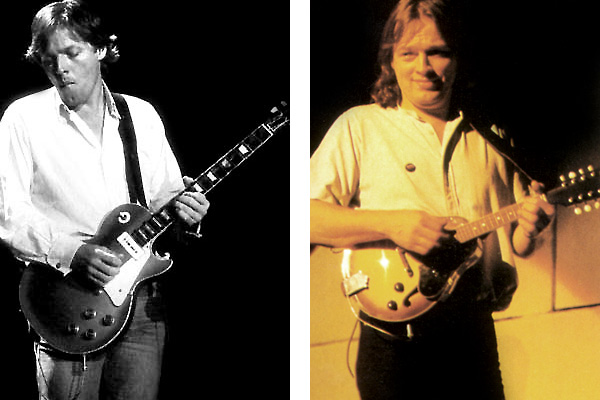 (left) David used a Gibson Les Paul 1955 Gold Top for several songs during the first half of the show including Another Brick in the Wall (part 2). (right) David playing a mandolin during the shows finale after the Wall was torn down. 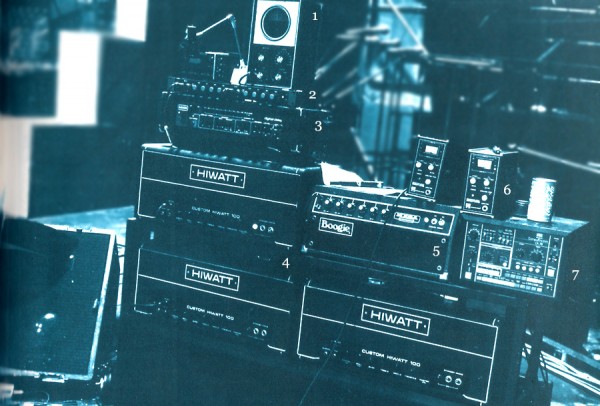 Note: This second smaller rig (one Hiwatt head with one WEM cab) was used while the band performed in front of the wall during the second half of the show.

Acknowledgements and credits
The Wall (album 1979), Is There Anybody Out There The Wall Live 80-81 (album 2000), 1979 The Wall demo tapes, Guitarist Magazine (Relics 1995), In the Flesh by Povey/Russell, Comfortably Numb A History of the Wall by Vernon Fitch and Richard Mahon, The Black Strat A History of David Gilmour’s black Fender Stratocaster by Phil Taylor. Thanks to Richard Mahon, John Roscoe, Rafal Zychal and Pete Cornish for for help with research. See feature for other references.