David did a series of acoustic shows in 2001/2002 both in London and Paris. What started out as a charity event grew into a handful of solo shows that gained a lot of praise from both fans and media.

Although an unusual setting for David the rig is very similar to what he had been using on the Division Bell and later On an Island sessions. 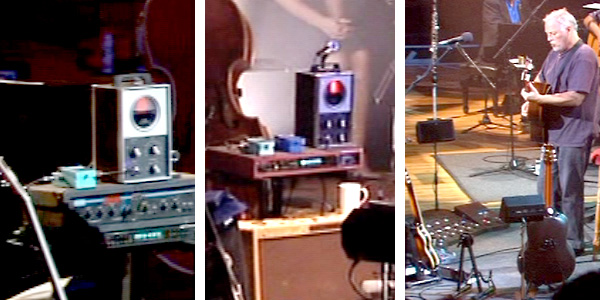 The pedal board dates from 1999 and was requested by David to be used for future guest appearances etc. The board featured Cornish custom tube preamps between each effect to ensure minimum signal loss. It could also perform in both stereo and mono. Additionally the board was designed not to allow two distortion pedals to be engaged at once, only distortion+overdrive.

The Boss CS2 was replaced by a Demeter Compulator in February 2004 and a send/return for the Digitech Whammy was added in September 2004. The board was later used on the 2004 Strat Pack Fender 50th Anniversary show, in 2005 on the Live 8 Pink Floyd reunion, 2005-06 On an Island recording sessions and 2010 guest appearances. 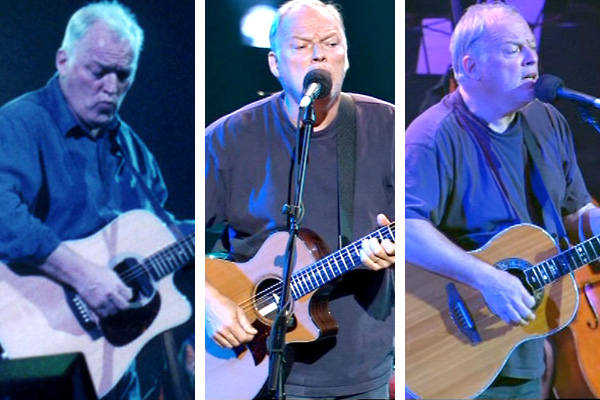 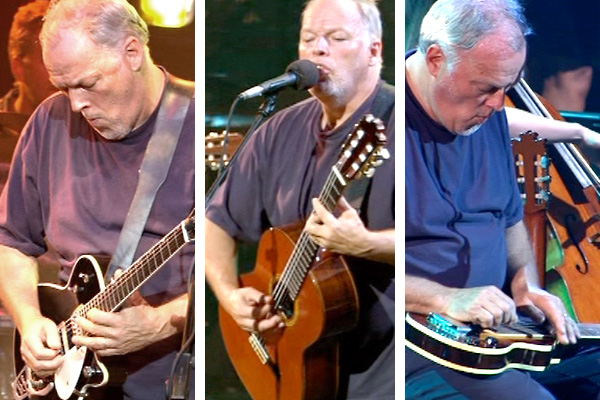 On the intro of Shine On David is simulating keyboard pad his guitar using a very long delay. The guitar signal travels through a volume pedal (a second pedal used only for the SOS effect) and then into Roland digital delay unit with long repeats at 1500ms (20sec sustained repeats).

David strums a chord, lowers the volume pedal and plays a solo fed through the main signal path, while the Sound on Sound pad (the strummed chord) is sustained by the long delay. The pattern is repeated for each chord.

Acknowledgements and credits
David Gilmour In Concert (concert film 2002), Guitar Player Magazine (2003), tonefromheaven.com. Thanks to Rafal Zychal and John Roscoe for help with research. See feature for other references.