Finding the right amp for your bedroom and smaller clubs, can be a challenge. During the last decade, the market has been flooded by affordable tube amps in all price ranges and while most of them will cover your basic needs, there are some distinct differences that will have an impact on your tone. In this feature weâ€™ll look at a handful of models with David Gilmourâ€™s tones in mind.

The large tube stack phenomenon started in the late 60s, when bands moved to bigger stages and needed more volume and wattage. Prior to this, a small combo would do the job nicely. The whole thing escalated in the 80s with the ridiculous, although cool looking, walls of Marshalls.

By the early 90s, the low wattage tube amps were almost forgotten in favour for the transistor. But trends tend to get their rennaissance and once again, guitarists demands the timeless sound of the tube amp.

It almost goes without saying. A loud 100w, or even 50w stack (head and speaker cabinet) is way too much for your bedroom and smaller clubs. In most cases you’re better off with a lower wattage amp.

Obviously, volume is an issue. You don’t want to blow the windows or your audience’s ears but the main issue is really tone. To be able to drive a 100w tube amp you need to play loud. At low volume the amp will sound dull and flat. It is designed for arenas and loud volume so you can’t really translate that to a small bedroom or 300 seats club.

A power attenuator will allow you to scale down the wattage and utilize the amp’s gain stage for your overdrive and distortion sounds. But, as I’m sure most of you are looking for, is an amp that can be a powerful platform for your pedals, meaning that the amp needs to be clean but you also have to be able to control the tube and speaker breakup.

David Gilmour has always set his amps, large or small, just at the edge of breakup. You don’t want to hear the crackle but rather feel that it’s there. You can’t do that will an amp that’s too loud. You need one that fits your environment. In most cases a 5w or 10w is more than enough for a bedroom and even a studio.

There was a time when tube amps was incredibly expensive and you really couldn’t find any in the lower wattage range. That’s not the case any more. In fact, now it’s almost the other way around. I can’t remember last time I stepped into a guitar store and found a wall of transistor amps.

It’s a matter of taste. One isn’t better than the other. Both tube amps and transistors has come a long way in providing great relieable tones. I do recommend tube amps though. They’re often better platforms for pedals and, in my opinion at least, they sound more organic and dynamic. Try both types of amps and listen to how they respond to your playing and how you set them up.

We’ve all been there. You’ve either bought a new amp or overdrive pedal and when you hook them up it sounds like shit. What happened? Well, not all overdrive, distortion and fuzz pedals are designed for all amps.

I would say that choosing the right is the most important thing and buy pedals based on that but if you already have a large collection of pedals, then you might want to do some research on how they will work with your new amp or the amp you’re about to buy. More on choosing the right pedals for your amp here.

All amps are tested with the following in mind: â€¨
– Overall sound. Iâ€™ve concentrated on replicating Davidâ€™s tones but the amp should be versatile enough for all genres.â€¨
– The ampâ€™s ability to maintain its character at even the lowest volume levels.â€¨
– The amp must be able to handle most of the typical Gilmour related pedals.
â€¨- Features, – EQ, channels, effect loop etc. Boss Katana
The Boss Katana amps are incredibly impressive, with a typical Boss quality and attention to detail. As I, you may be sceptic, but the fact is that these amps sound awesome. If youâ€™re on a really tight budget, then this is probably your best buy. Each model come with a wide range of built in effects and amp modelling presets but you can tailor your tones to your taste and the amps are great with pedals as well. The featured effects loop also allow you to utilize the classic built in Boss effects with your own pedals.
Output: 30-100w depedning on the model. All models has power scaling.
Tubes: transistor
Speaker: custom Boss speakers
Controls: channel volume, master volume, 3-band EQ and presence, effect controls
Channels: clean, crunch, lead, brown
FX loop: yes 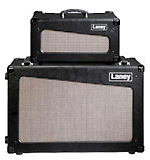 â€¨â€¨Laney Cub 12
â€¨The Cub series are among the cheaper models in this category but, in my opinion, some of the better sounding. Typically British with a familiar 70s Marshall/Hiwatt-ish character. Lots of headroom, a nice mids hump and a warm, smooth top. Crank the tubes for a creamy overdrive and distortion thatâ€™ll take you from ZZ Top to Sabbath. The featured 1w power scaling, also makes this an ideal choice for the bedroom setup. All of the Cubs handles Muffs and overdrives nicely but I recommend the stack for a bit more headroom.
Output: 15w (1w scaling)
â€¨Tubes: 3x 12AX7 pre-amp and 2x EL84 outputâ€¨
Speaker: 2x 12â€ 50w Celestion G12Eâ€¨
Controls: gain, master, 3-band EQ and tone, reverb
â€¨Channels: one
â€¨FX loop: yes

Laney Lionheart
Laneyâ€™s Lionheart series is a collection of incredibly versatile amps capable of delivering classic British tube tones and tons of value for the buck. To say that theyâ€™re British is too loose. The clean channel has that slightly scooped Vox AC flavour that can sound almost like a Fender on lower volume but hit you straight in the face once you crank it. The gain channel is distinctly early Marshall, with all of the awesome qualities of the Plexi and JTM amps. Itâ€™s not a Hiwatt but you sure can get some awesome Gilmour sounds with these amps and pretty much anything from warm jazz to classic 70s rock and metal. The Lionheart is a great pedal platform too. The series feature a wide range of different heads and combos and for your bedroom and recording studio I recommend checking out the L5 or L5 Studio.
Output: 5-50w depending on the model. The L5 Studio has power scaling.
Tubes: 12AX7 preamp and EL84 output
Speaker: Celestion V30 and/or G12H depending on the model
Controls: clean volume, drive, drive volume, 3-band EQ and tone, reverb, bright/normal modes
Channels: clean and drive
FX loop: yes 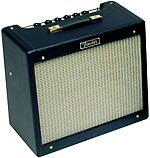 Fender Blues Junior III
â€¨The Blues Junior is one of Fenderâ€™s more popular amps and with good reason. It’s got the classic Fender tone, with a nice chime and plenty of headroom but with considerably more mid range and compression than a Twin and similar amps. This makes it ideal for bedrooms and even smaller clubs and it can handle most pedals, including the more demanding Big Muffs and fuzz pedals. The stock speakers can sound a tad too bright, so consider replacing these with some darker ones, like the Eminence Cannabis Rex.
â€¨Output: 15w
â€¨Tubes: 3x 12ax7 pre-amp and 2x EL84 output
â€¨Speaker: 1x 12â€³ 50w Fender Lightning Bolt by Eminence
â€¨Controls: volume/gain, master, 3-band EQ, reverb, fat switch
â€¨Channels: oneâ€¨
FX loop: no Fender Bassbreaker
Fenderâ€™s new Bassbreaker series is basically a rewamped Bassman, with hints towards the Blues Jr. It has all the classic elements of a Fender tweed era tube amplifier, with a bit of that creamy mid range and compression and lots of modern features, including more gain, effects loop and three different channels. The Bassbreaker 15 is an excellent bedroom and studio amp and a nice platform for most of your pedals as well.
Output: 7-45w depedning on the model
Tubes: 12AX7 and EL84
Speaker: Celestion V-type (15w model)
Controls: gain, master volume, 3-band EQ and bright, reverb, effect controls
Channels: one (with tone modelling)
FX loop: yes 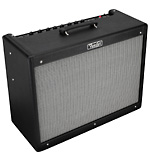 Hughes & Kettner Tubemeister 18 head
The Tubemeister is perhaps not the obvious choice for your Gilmour tones. It’s a modern sounding rock amp, far from the classic tones of a Hiwatt or Fender. Still, this amp is extremely well built, it’s packed with all kinds of features, like power scaling and direct recording and, it can handle pretty much any pedal you throw at it. The clean channel is super pristine, with tons of headroom. The drive channel ranges from clean to near metall. A good tip is to use the drive channel for pedals, as it has more mids and compression. The clean channel with pedals sounds fizzy and thin.
Output: 18w (1w and 5w scaling)
Tubes: 2x 12AX7 pre-amp and 2x EL84 output
Speaker: extension cab sold separatelyâ€¨
Controls: clean volume, drive and volume, 3-band EQ, boostâ€¨
Channels: clean and drive
FX loop: yes

Peavey Classic 30
The Peavey Classic has gained a high reputation and with good reason. This is an incredibly versatile amp, good for almost anything you would want to play. It’s no doubt based on the classic Marshall tone, with a noticeable mids hump and a nice amount of compression, giving the drive channel an almost OCD/Rat quality. The 30 is perhaps a bit too loud for your bedroom, but the amp deliver fat tones even at the lowest volume levels and it can handle any pedal you plug into it. Be sure to check out the full Classic series. The Classic 50 combo offer the same tone and features as the 30 but might be a better choice for larger venues and frequent touring. The new Classic 20 head, is ideal for rehearsal, smaller venues and recording, with the same tone found in its bigger brothers and lots of features for a convenient recording setup.
Output: 30wâ€¨
Tubes: 3x 12AX7 pre-amp and 4x EL84 output
â€¨Speaker: 1x 12â€ Peavey Blue Marvel
â€¨Controls: volume , master, 3-band EQ and presence, reverb, boost
â€¨Channels: clean and driveâ€¨
FX loop: yes

Hiwatt T20â€¨
Compared to the MaxWatt and Hi-Gain series, the Tube series produce a much more vintage tone, true to the classic Hiwatt Custom models. The clean channel offer a great basis for your pedals, even the more demanding ones. The drive channel is surprisingly smooth and takes the amp closer to a vintage AC30. The series feature a wide range of models, from the bedroom friendly 10w to the stage ready 40w – all available as both combos and stacks. All models also feature power scaling.â€¨ An excellent, and more affordable, choice if you want the classic Hiwatt tone.
Output: 18W (10w ps)â€¨
Tubes: 2x 12AX7 and 1x 12AU7 pre-amp and 2x EL84 outputâ€¨
Speaker: GH112 extension cabinet with a single 100w Fane 12â€ speakerâ€¨
Controls: master, reverb, treble, middle (push/pull frequency shifter), bass, overdrive volume, normal volume
Channels: clean and drive
â€¨FX loop: yes
â€¨
Feel free to use the comments form below and share your experience with these amps and recommendations for other models!